This year, the SeFF Opening Ceremony will take place in Studio S1 of the Polish Radio Szczecin. The institution will open its doors to cinema connoisseurs on October 20. During the Opening Ceremony we will watch the music video “Rosa, Rosae. A Spanish Civil War Elegy” – a gem of the Spanish director Carlos Saura, known for his masterpieces such as “Anna and the Wolves” (1973), “Cría Cuervos (Raise Ravens)” (1976), “Carmen” (1983) or “Tango” (1998). We will also show “Tuba Wa Duo”, a film by Jörg Foth, a long-standing selector of the SeFF European Competition. After the screening, we will meet the director, who will tell us about his film productions, as well as his long-term work at DEFA studio in Potsdam. As every year, the ceremony will be conducted by the well-known Szczecin writer and journalist, Konrad Wojtyła, PhD. 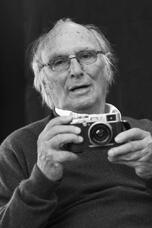