International cast including James Norton, Vanessa Kirby and a nominee to the Golden Globe Award – Peter Sarsgaard. The film shows a story of Gareth Jones – a Welsh journalist, who in 1933 goes to the Soviet Union to discover the horrifying truth behind Stalin’s regime and the Soviet utopia. His investigation had lethal repercussions and, in the meantime, became an inspiration to create one of the most famous books of the 20th century – “Animal Farm” by George Orwell. 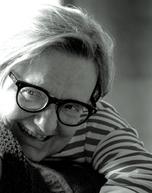