A shocking story about friendship and forgiveness. The last film of Joanna Kos-Krauze and Krzysztof Krauze – the creator of the award-winning “Papusza” and “Saviour's Square”. The movie received the FIRST LOOK award at MFF Locarno 2016 for the Polish film in the post-production phase category and took part in the Main Competition of the 52nd  Karlovy Vary International Film Festival 2017, where Jowita Budnik and Eliane Umuhore received awards for the best female roles. 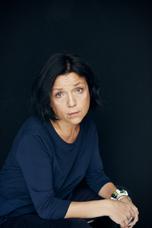