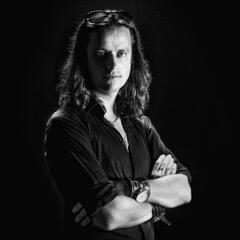 One of the most promising cinematographers in Poland. He is on the “Variety's 2017 Artisans Impact Report” list in the elite group of 69 filmmakers, whose work is truly worth following, as they are extraordinary artists who create the magic of cinema. Born in 1987 in Lodz, in a family of prominent cinematographers – grandson of Witold Sobociński, son of Piotr Sobociński (nominated to the Academy Award for cinematography for Kieślowski’s “Three Colours: Red,” among others) and brother of Piotr Sobociński Jr. Graduated from cinematography at the Film School in Lodz. He started his work as a cinematographer in 2007 – his student fiction film “Father” won a Bronze Tadpole in the competition of student films and a Panavision D. Samuelson Special Mention for the best student film at the International Film Festival of the Art of Cinematography “Plus Camerimage” (2007). Since that time, he did camerawork for over 30 feature projects, TV series and documentary films in Poland and abroad. His cinematography for “Kamchatka” received the Andrzej Munk award, among others. He is the author of cinematography for “The Disciple,” directed by Chaitany Tamhane, with Alfonso Cuaron as executive producer. The film received the Award of the International Federation of Film Critics (FIPRESCI) Jury at Venice Film Fest and the Amplify Voices Award at Toronto International Film Festival (for the director). Michał also carries out advertising projects in Poland and abroad, and is in constant cooperation with Indian director Vivek Kakkad, among others.