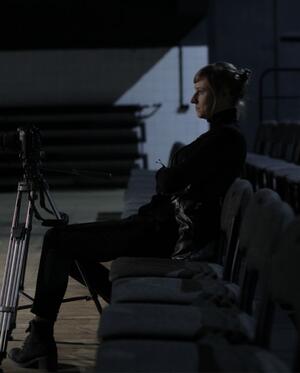 Sociologist and therapist by education, filmmaker by passion. Co-founder and vice-director of the Kamera Association (Stowarzyszenie Kamera) from Szczecin. She graduated with honours from the film editing course at the Warsaw Film School. She co-created and carried out numerous film education and art therapy projects addressed to youth and senior citizens, carried out by the Kamera Association. Director of the Film Festival Senior Movie. Independent documentary filmmaker, whose works were presented in many festivals in Poland.
Some of her more important films are: Mr. Biscuit, 2013; Susudata 2015; Artkadiusz 2017; Immer reisebereit, 2017; Kolejny start, 2019. 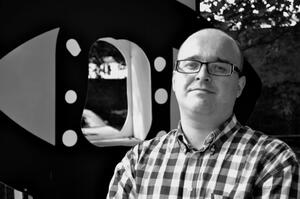 Film and literature expert, PhD in humanities, animator of film culture, film and literature critic, columnist, lecturer, lover of film discussion meetings. He hosted the “Kino Konesera” series at the Helios multiplex, has also ran the “Cyklino” Academic Film Club. He acted in a few independent productions, which were presented at festivals of strange and defiant cinema. Author of many articles and reviews in the field of film and literature. Former editor of Onet Film and Horror Online websites. Editor in chief of literary-cultural “eleWator” quarterly magazine, host of the Szczecin Literary Thursdays in DK 13 Muz, and co-host of Wednesday Cinema Evenings with OFFicyna.