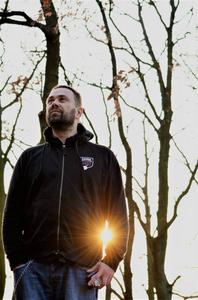 Krzysztof Kuźnicki - independent filmmaker, who has been specialising in documentary film for the past 15 years. In his creative work he finds it important for the film’s protagonist to co-create the picture. By entering into a relation with the film’s heroes, he shows them parallel worlds and, at the same time, their own personalities. He fancies the idea of the postmodern model of work, which places the creative process in the centre of attention, therefore giving the actors satisfaction from co-creating the film. He often reaches groups that are socially excluded and forgotten by the society. His artistic and creative works made him fully accepted by the community of professional filmmakers. Damian Romaniak, PhD – film and literature specialist, PhD in Humanities, film culture animator, film and literary critic, publicist, lecturer. Host of the “Kino Konesera” series in Szczecin's Helios multiplex movie theatre, and of the “Cyklino” Academic Film Club. Author of numerous articles on and reviews of films and literature. Cooperates with the Onet Film and Horror Online websites. Since 2016, he has been working with the Splat Film Fest International Fantastic Film Festival in Lublin. Since 2017, editor-in-chief of the “eleWator” literary-cultural quarterly magazine.