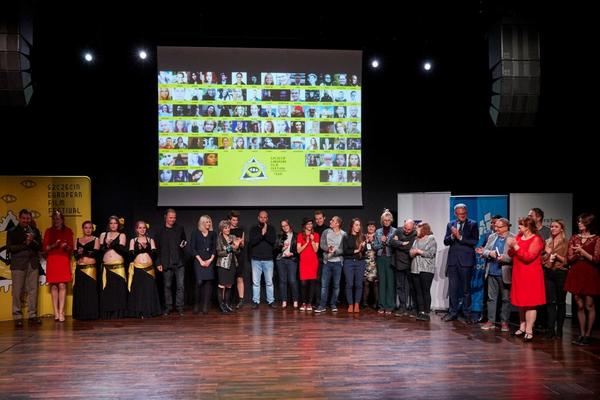 For the SEFF'19 grand finale, we would like to invite you to Mieczysław Karłowicz Philharmonic in Szczecin, one of the most beautiful buildings in Europe. During that very evening, it will be governed by films.
In the celebratory environment of excerpts of the awarded films, not only the winners but also culture patrons and SEFF friends will enter the stage. Good atmosphere will be ensured by Konrad Wojtyła leading the ceremony. Krzysztof Zanussi, a Polish director, will be the special guest of the event. Born in 1979. Poet, journalist and literary critic. Host, initiator, and moderator of numerous discussions, panels, and debates with the most important representatives of cultural life in Poland. Vice-president of the Sławomir Mrożek Foundation. Publicist of Radio Szczecin. In 2015 he was named “Journalist of the Year” of Western Pomerania. Has released several books, the most recent of which is “Znak za pytaniem” (Poznań 2017). He has published in many magazines both in Poland and abroad. His works have been translated into several languages. Juror of the Gryfia Literary Award.